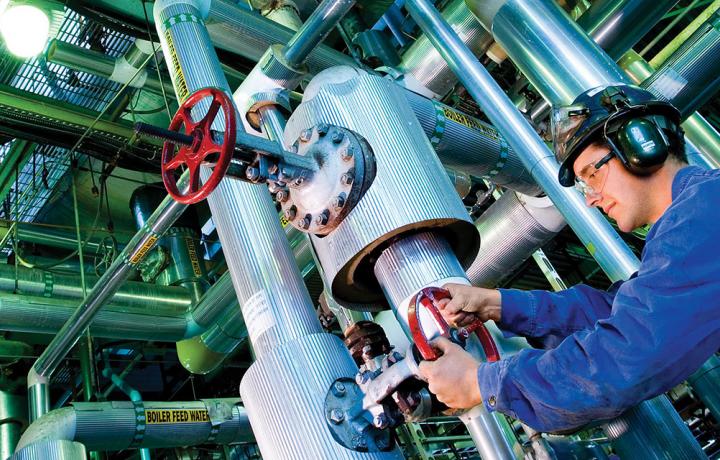 The Ontario East Economic Development Commission promotes Eastern Ontario as a centre for investment and business growth. With over 140 members, the Commission represents more than 200 communities across eastern Ontario.

Ontario East Economic Development Commission is a one point of contact for site selectors, start up support and business growth.

Come explore our many communities and the many advantages Ontario East has to offer!

Ontario East communities have an abundance of high quality buildings and investment ready lands available at reasonable cost. Some chose Ontario East for our low operating costs - they are lower here than in other jurisdictions. KPMG has calculated operating costs in Toronto to by 12.3% higher than communities in Eastern Ontario. Start-up capital cost in Ontario East is a fraction of that in most urban centres. The cost of serviced industrially zoned land ranges from $10,000 and acre to $100,000 an acre, averaging $30,000 an acre. Average office lease rates here on one third less than Canadian and U.S. averages - about CND$13 gross per square foot.
Others are drawn by our low corporate tax rates compared to those of the United States. The combined federal/provincial corporate income tax rate in Ontario is 4% lower than the average U.S. rate for manufacturers. Still others come because of the generous R&D tax credits. Canadian and Ontario R&D tax credits are among the most generous in the world, reducing the after-tax cost of $100 of R&D expenditures to about $42. See here (Link to A3) for more information.

There is access to a skilled and educated workforce with specialized customized training available:  We have the right people. Among the 2 million citizens are workers who dependably add value. They possess the skills, training and education - and the initiative - to help you prosper.

According to KPMG, average pay rates for production workers in Ontario East are as much as 20% lower than in Toronto. Labour and benefits costs for productions works are 15-20% less. Average turnover and absenteeism rates are low - workers here are regarded as both loyal and productive.

We have extensive bilingual capability. In some communities, French is the primary language for 40-70% of the workforce.

Ontario East is located between three of Canada's four largest cities - Toronto, Montreal and Ottawa. Eastern Ontario businesses have overnight delivery to 62% of Canadians. From eastern Ontario, we quickly link southwest towards Toronto, London, Windsor, Detroit and Chicago; northwest to western Canada; east to Montreal, other Quebec locations and the Atlantic Provinces; and southeast to Boston, New York, Washington and beyond.

Ontario East offers uninterrupted access to Canada's 400 series highways. These four and six lane, controlled-access expressways include 401 (the backbone of the Windsor/Quebec corridor), 416 and 417. Construction has started and will continue until 2020, when Highway 407 is open to traffic at Highway 35/115 in Clarington and the two connecting highways from Highway 407 to Highway 401 are completed.
A rich network of secondary highways stretch between the 400 highways. From them, businesses can reach markets and suppliers across Canada and the United States.

Eastern Ontario is served by two rail lines: CN and CPR. Both run east-west across the region, offering intermodal and container facilities. There are spur lines serving local industry at many points along the lines.
VIA Rail Canada offers passenger services along the Toronto, Montreal and Ottawa corridors.

Businesses located in Eastern Ontario are within two hours of international and regional airports. Ottawa International Airport, as well as Peterborough and Kingston Regional Airports mean quick access to markets, offering regular domestic and international commercial, charter and cargo flights to and from U.S. and overseas destinations.

The City of Quinte West is home to federal airbase, Canadian Forces Base Trenton.

The Port of Johnstown is strategically located on the St. Lawrence Seaway system, 100 kilometres south of Ottawa, 330 kilometres east of Toronto and 208 kilometres west of Montreal. It is also located at the junction of two major Ontario highways, Highways 401 and 416 (Veterans' Memorial Highway) and on the Toronto-Montreal railway corridor, giving the port several ways to access eastern and western Canadian markets. The nearby international bridge allows for convenient access to New York State. The Port is well-positioned to take advantage of economic development opportunities for the region. Eastern Ontario has four other private deep water ports.

The Ontario East region boasts a strong supply chain with companies ranging from multi-nationals to small, innovative entrepreneurs. Our communities foster business-to-business relationships between companies to work smarter and more efficiently while attracting new businesses to support the existing economy.
Companies in food processing, advance manufacturing and materials technology; distribution centres and logistics companies are located in and close to eastern Ontario for both input and market potential.

Small Business Development Centres are located across the region to provide entrepreneurs and start-up businesses with programming and support.

Ontario East offers a superb quality of life in rural communities and small towns and cities!
In Ontario, there is a full range of living choices, from a relaxed rural or waterfront lifestyle through neighbourly engagement in small, mid-sized and large communities.

Citizens enjoy the recreation options in our four seasons - there is always a good reason to spend time outdoors! Enjoy the sandy beaches and boating on Lake Ontario, and the many lakes and rivers scattered throughout the region and run the rapids on the Ottawa River.

In Ottawa, the national museums and other arts and culture venues provide the arts and culture experience. Smaller communities across the regional offer community theatres and concerts, studio tours, and food and beverage tasting tours.

Campers have access to 15 Provincial Parks, including the vast wilderness of Algonquin Park, along with hundreds of private campgrounds and resorts.