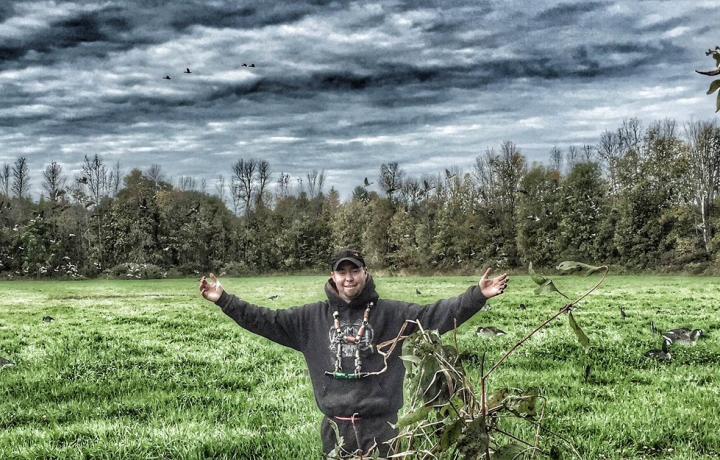 From the Ground Up in Three Short Years

Ryan Reynolds, who is from Napanee, and his business partner Eric Grypa, of Saskatoon, are unlikely entrepreneurs. They met because they were both working as water fowl guides, and not surprisingly they share a similar story. They were both introduced to waterfowling as very young children, and grew up loving everything about the sport, “the setting, the camaraderie, the challenge, the high success opportunities, just everything ...” said Ryan Reynolds in a phone interview...

They also had been talking for years about one of the key pieces of equipment that waterfowlers use, duck and goose calls.

“We knew there was a gap. Nobody was in the elite market for bird calls. There were some small producers, sort of mom and pop operations, but the only large suppliers of quality calls were American, there was no Canadian company in the market.”

After talking about what they like and don’t like about different products in the market, and about the opportunity to get into a market that was waiting for someone to jump in, the two men finally decided to take the leap. In March of 2014 they established Capital Waterfowling. “We had nothing, not a single sale lined up. We literally kicked a snowball down the hill and we’ve been chasing it ever since,” said Reynolds.

It’s been quite a chase. They have set up production capacity in two places, one of which is a metal shop at Bill Day’s farm on the Harrowsmith Road, have gone to shows and knocked on doors at retailers across the country to line up sales, and participated in competitions to get their name out there and in the minds of hunters.

And it has worked, better and faster than they could have imagined. The kicker for them in the Canadian market came when they recently signed a contract with Canadian Tire. They were already supplying a number of Canadian stores in different communities across the country. As of the 2017 fall hunting sales season, Capital Waterfowling duck and goose calls will be found in all 500 Canadian Tire stores in Canada. The initial order to start the season is 25,000 units, and it could stretch out to 35,000 or 40,000 once the season is over

“There is no other retailer in Canada in this industry on the scale of Canadian Tire,” said Reynolds, and to get this contract across the country represents a huge step for us.”

The next step after that will be the US market, which is what Ryan and Eric are starting to work on now.

For one thing, creating a quality product and getting the word out has been essential.

“We’ve made changes to the calls as we’ve gone along to what we we think puts out the best quality and sound, just as capable as the top calls in the world that are being made. And they have made their mark at Canadian and international competitions,” he said.

The other aspect to the business is production, and that is where Billy Day and the Frontenac CFDC have come in.

“We had been working with the CFDC in Perth, and then we started talking to Billy Day about him producing some of our lines at his metal shop, and he really helped us fine tune our lines and our production. And since he is located in Frontenac County, we went to see the staff at the Frontenac CFDC. They kind of gave us our start. Without the help of the CFDC we would not be where we are. The CFDC as stepped up and helped us get what we need to make crucial deals able to go through. The team at the CFDC has always been like silent partners to us and we will not at any time be forgetting where we came from and who helped us achieve what we have."