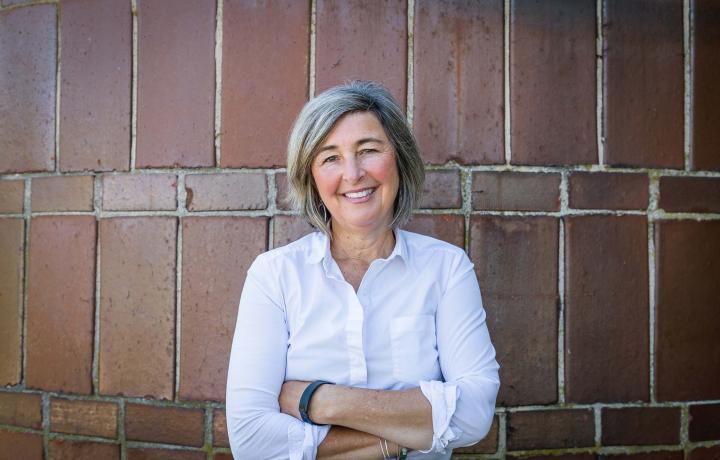 Nestled in the breathtaking and peaceful Bethany Hills near Pontypool lies a unique family farm that is helping to redefine the way people see and interact with rural life. The site emphasizes the inherent beauty as well as the bounty provided by nature, and the power of community and gathering together to celebrate good food, family friends and a simpler, more sedate and sustainable life.

Such is the experience one has when pulling into the driveway at South Pond Farms, which has been owned and operated since 2006 by Danielle French, who is also the inspired creative force behind all of its amenities and special programs.

Working alongside her partner Shawn and oldest daughter Carlyle Apps, it is a busy site, with visitors coming from far and wide to walk the grounds and the neighbouring Kawartha Land Trust trails, or to indulge their palate with the regular lunches or special dinners, a monthly First Nations event. As well the farm is playing host to more family celebrations and retreats.

As the old saying goes, necessity is the mother of invention, and in order to be able to live full time on her dream property, French needed to maximize the revenue generating potential of the farm. Her long standing love of cooking started the ball rolling, and soon one idea and one necessary change to the almost continual expansion and diversification of the property’s uses and facilities over the past decade.

“One of the things that was always really important for me was to be able to stay on the farm and not have to work off the farm. At 70 acres, you could not make a living just putting some seed into the ground and hoping to sell the hay or whatever,” said French, a mother of four daughters, and a native of rural Vermont who spent many years living in Toronto before seeking the more placid and bucolic surrounds of The Kawartha Lakes region.

“By doing the value added, by growing more food, using more food for making preserves or jam or aioli and things like that, allowed me that ability to stay here. I totally love cooking and I love food and I like the simplicity of the farm. I want to grow and use things that we can grow and then share them. Mostly what I think I do is give people an environment in which to experience that. I kind of look at it like I’ve set the table – now come and enjoy it.”

One of the main reasons she moved to the country was for her daughters, seeking to give them the sort of lifestyle she enjoyed herself as a kid growing up in rural Vermont.

“I grew up in a small town about the size of Lindsay and loved it, and I felt that if I didn’t give my girls the change to experience that, they wouldn’t experience it when they got older. I put in the garden and started cooking and doing a sort of home delivery food service business,” she said.

Fixing up the main barn and other outbuildings to be suitable to host her growing food business, and also to eventually host visitors coming for dinner and special events – including overnight accommodations – was her first big challenge. .

“My now partner Shawn was referred to me as someone who might be able to help me fix the barn up. By having the barn restored, he gave me a backdrop to be able to do so many other things that I hadn’t even thought about. I didn’t have the idea for gatherings or farm-to-table dinners until I saw how the barn was coming together. One thing really did organically lead to another.”

There is something within all entrepreneurs that is like a restlessness that sees them not content to rest on their laurels. New challenges, new opportunities, new adventures related to their dreams and their businesses compel them to want to expand offerings, products and interactions with the public – who it is hoped, become consumers. French brings all of these qualities to the table and continues to have ideas for South Pond Farms. And her enthusiasm and passion for this lifestyle carries over to the 30 or so staff members working on the property in various capacities over the busier summer months.

“The farm is open to the public this year for the first time on a regular basis. You can come by the farm just to look at the animals or check out the gardens. You don’t have to come here for a reason, you can just wander around. We also have a farm lunch and Wednesday, Thursday, Friday and Sunday, where you can just relax. You’re coming by to check out the farm and experience the environment and have a nice meal and meet people.”

Word of mouth has been a huge part of the success of South Pond Farms, as the business has a dynamic website and active social media presence, which attracts people from not only throughout the Kawartha region, but from the GTA and beyond, including many from the U.S. It helped that the farm and French were centrepieces of a television series called Taste of the Country, which was produced by Canadian DIY channel ‘Makeful’ and broadcast on Netflix. South Pond is becoming known as a culinary tourism destination and had a slew of press in magazines over the past year, including in Harrowsmith.

Daughter Carlyle has become an integral component of the South Pond Farms operation and is using her education to help add an element of environmental conservation and sustainability to the property.

“She has a Masters in Sustainability Management and I think will always be involved in the farm in one way or another. She has got involved with farmland restoration and naturalization. We are doing a tall prairie grass initiative with the Kawartha Land Trust and she is spearheading that and is restoring the native species one acre at a time. And she works with the bees and does all our honey,” French said, explaining that her second daughter Grace is working in artificial intelligence with RBC, Olivia is on the Canadian Women’s Rigby Team and has an excellent shot of making the Olympics. Youngest daughter Aubrey Rose is heading to first year university this fall.