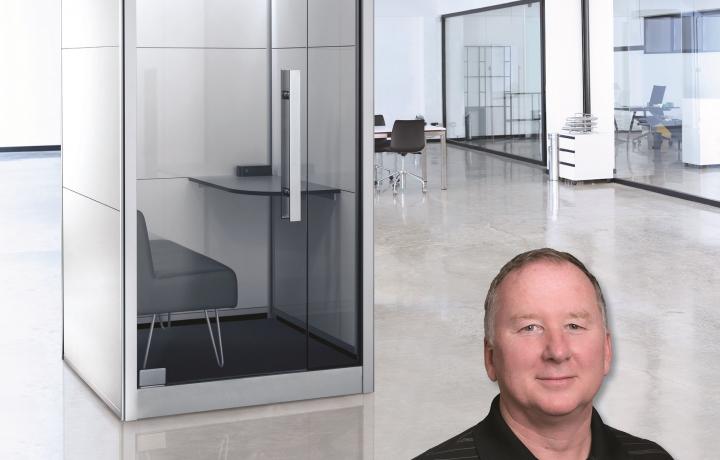 It is a story of compelling inspiration, of the power of hope and positivity and a true lesson in perseverance, not just for other entrepreneurs, but for anyone striving to better their circumstances and their lives.

The story of SnapCab® is the story of Glenn Bostock and how he took advantage of every opportunity thrust his way, made many more of his own opportunities and did not allow negativity, a rough experience in school and the prospect of failure to deter him from maximizing his potential and creating an innovative and successful business.

Originally from the United States, Bostock married a Canadian girl, and throughout the history of his entrepreneurial career, which is now at 35 years as of 2018, he always hoped to be able to move to Canada – particularly the Kingston area of Eastern Ontario – and open a business here.

A little less than three years ago, he got his wish as SnapCab opened a Canadian branch, 29 years after opening the company in Pennsylvania. SnapCab is the modern incarnation of a cabinet-making and carpentry business that Bostock had started as a 23-year-old back in 1983.

SnapCab manufactures panels to refurbish the interiors of elevators (SnapCab Elevator), boasting a client list that is the who’s who of elevator builders in North America, as well as hundreds of independent elevator maintenance firms. More recently, SnapCab has used the same process and philosophy behind their elevator cab kits to create enclosed stand-alone quiet spaces (SnapCab Pod) for office environments where privacy and focus is needed. And, continuing to take advantage of opportunities that come the company’s way, SnapCab is also working with Corning® Gorilla® Glass to create architectural glass walls (SnapCab Wall) and multimedia walls (SnapCab Portal) for buildings throughout North America.

Not bad for a guy who struggled with serious learning disabilities throughout his schooling days, and also had to endure the ridicule of cruel classmates for those struggles. For a time throughout the late 1980s and into the 1990s, he struggled to make ends meet, actually bartering some furniture making services for a midwife to help deliver one of his children.

“I discovered the way I was treated was far more devastating than the learning disabilities. School wasn’t set up for me or how I learn. They didn’t have the right tools and because of the other students, it wasn’t the right environment for me. But outside school, my friends and I were always building stuff. We used to raid the local junkyard and invent all sorts of cool things. I discovered I was pretty good at it and that we had become pretty darned good engineers,” he said, adding that he took woodworking at community college and excelled, which led him and a couple of buddies to opening their first business. That business was, essentially, the genesis for what became SnapCab.

“The greatest gift I got from school was that I became super comfortable with failure, and I still feel that way. I don’t have big expectations of something being successful, so I just say ‘what the hell, let’s try it. What’s the worst that can happen? We fail.’”

Somewhere throughout this process, Bostock developed this inner strength that is as admirable as it is remarkable. Using the lessons learned from his school days, he found that by the time he was beginning to embark on his vocation as a cabinet maker, he had become essentially fearless of failure. It is a philosophy that has grounded every decision he has made in his business career, and also permeated the workplace environment he has created within his Kingston factory, his Pennsylvania facility and throughout his continent-wide sales team.

The tenacity and inherent engineering and innovative know how has meant success at every turn for Bostock and SnapCab.

“If you have a bad experience, then you have an experience where you have learned. If you have a good experience, then you got to do what you were supposed to be doing. It’s always positive. I have built a company culture based on people being human and making mistakes. You assume people are going to make mistakes, so what you want is to put in mistake proof systems around them. You want to encourage people to say they scratched a panel or knocked over a skid. Because that means something needs to be put in place to help them to avoid those mistakes. So I reward them for that. Our goal is to have a fear free culture,” Bostock said, adding that he learned that from when he was a kid and how emboldened he felt when he was supported by his tutors, who did not embarrass or demean him when he struggled.

It’s not that Bostock is a reckless risk taker; it’s just that he believes if an opportunity comes into his path, no matter how difficult achieving the goal may be, he will put his best foot forward. If he fails, he learns from it. If not, his business will grow.

It’s an example of seeing possible challenges as opportunities for growth that has characterized every major shift in the upwards trajectory of SnapCab. First, a quarter century ago, he used some contacts through his father’s part ownership in an elevator maintenance business to do his first internal revitalization of an elevator cab. That led to contacts within the elevator industry and with a few years, Bostock and his new company brand, SnapCab, was exclusively building kits for elevator refurbishments and new installations across the United States.

A fortuitous meeting at a trade show led to the work SnapCab is now doing to create the SnapCab Pod.

“In April 2016 we were showing our panels at the American Institute of Architects (AIA) and met a consultant who was working for WeWork® which is a large co-working company where you pay a membership fee like going to a gym, but instead of getting access to gym equipment you get access to an office. He said they needed about 1,600 of what he called mini elevator booths for these places. He said our elevator interiors were a good fit for what he was proposing. Basically, if you make an elevator with a door and then panel the outside, you’ve got a pod. We launched them last year with a lot of features including lighting, ventilation, and desks. We also put them on casters so they’re mobile,” he said adding that the demand for the SnapCab Pod is enormous.

Even more recently, the notion of working with Corning on what has now been dubbed the “SnapCab Wall,” using Corning Gorilla Glass, has come to fruition. It came down to the unique product lines, but also the excellence of the products themselves and the stellar reputation of Bostock and his team that helped, reinforcing that being great at what you do or what you build is still a crucial factor in an organization’s success.

“Corning did a worldwide search and found that we had the best elevator interior system on the market. So they came to see me. I remember taking three samples of their Gorilla Glass home over the weekend and came up with a panelling system for them and dropped it off on the following Monday. They were blown away and basically said that they were used to spending months and months and even years working on developing things, and we essentially did it in what amounted to one business day.”

Through each stage in the company’s evolution, Bostock has wisely adhered to his traits of quiet confidence and fearlessness, while also ensuring that he has built a competent team around him to keep the company on track and to help manage its growth and complexity.

“It’s common that people who know how to do the work or build the product don’t necessarily have the skills at running a business. And that is what I was finding. So I stepped away from the actual shop floor and have focused my attention over the last 15 or 20 years on creating the systems and building the structure of the business itself,” he explained.

“And another thing that I tell other entrepreneurs is to be really clear on what your strengths are but also be really clear on what your weaknesses are. I still suck at a lot of academic things, but I work mostly in an office, so I have hired assistants and given them a lot of trust and control to do the things that I can’t. I have found people who have strengths in the areas that I am weak. Leveraging everybody’s strengths and accepting that everybody has weaknesses in a fear free environment makes an enriching and productive work life.”