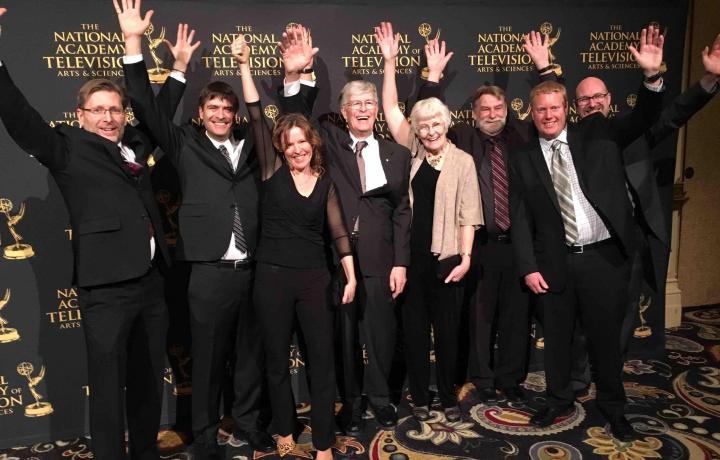 A live video production equipment and services company, Ross Video’s success is characterized by their continuous drive for innovation, worldwide distribution and production, and their excellent management. Their broad range of technologies and equipment is used by major broadcasters in North America and 140 countries worldwide. Ross Video provides the control room equipment for major sports stadiums in and around the world as well. Popular entertainment shows and award shows have been produced using Ross Video’s equipment. A unique feature of the company is that they have staff that creates and sells specialized graphics art for major events such as elections and sporting events. Ross Video has fostered a number of partnerships with major companies around the world and have had access to more technologies in the process. In January 2016, Ross Video was awarded a Technical Emmy in recognition of their ability to fundamentally change the way television is produced through the use of the industry’s only open platform, named openGear. As a result, they’ve been able to provide customers with more options for producing live video.

Located in Iroquois, Ontario, the company was started as a homebased business by John Ross in 1974 in Montreal. Later that year, John decided to relocate. Iroquois suited his personal and professional interests. John enjoyed what the town had to offer during his previous vacations. From a professional angle, John knew that his primary customers were in the United States. Since he was close to the border and an airport, shipping equipment in a timely manner would be a smooth process. As his son David notes: “if you can start a business that ships all the way around the world, well, maybe you can choose anywhere in the world to have a business.” With a keen interest in engineering, David joined the company in 1991. When his father retired in 2006, David became the majority owner as well as the company’s CEO.

Ross Video has played a substantial role in creating jobs for local residents. With a company of over 600 staff, there are approximately 250 staff in Ross Video’s Iroquois office. Other offices are located in Ottawa, the United States, and various countries worldwide. Affordable living expenses in Iroquois have been advantageous for the residents and the company. The blend of rural and urban offices in nearby Ottawa helps the company to successfully operate and flourish while drawing from a diverse range of perspectives and expertise.