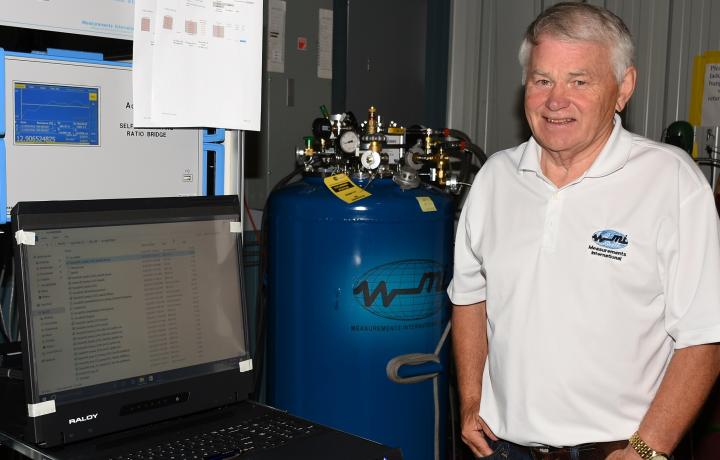 A giant of a company famous for pioneering automated measurement is now entering its third decade in business with no sign of slowing down anytime soon.

Measurements International Limited (MIL) is known throughout the world for its continued ground-breaking work in designing, manufacturing and calibrating measurement equipment. You'll find their equipment in government National Metrology Institutes (NMIs), calibration laboratories and Fortune 500 companies around the globe. MIL was the first to automate metrology in resistance (DC Metrology) and continues to innovate and lead.

"The world was looking for automation," says Duane of how it all started in 1987. "Customers told us what they needed and we built them." The slogan is 'Metrology is Our Science, Accuracy is Our Business.'

The company employs 42 people, a majority of which work at 118 Commerce Drive location in Johnstown where all design and manufacturing is done. MIL attracts the top minds in metrology. The team is constantly working at leading edge technology for precise measurement. There are marketing offices in five countries.

Duane and the late Dr. Andrew Dunn started the company to provide training in metrology. Three years later, MIL started developing its own equipment. They launched the world's first 4-Terminal Matrix Scanner to allow metrologists to semi-automate their process and carry out calibrations faster than anything on the market.

Duane then developed the first fully-automated resistance bridge, one of the world's most significant developments in the measurement of resistance. Today, there is a MIL resistance bridge in almost every NMI in the world. The bridges provide labs with faster and more repeatable measurements while reducing human error.

The second-largest invention in the company's history is the portable Quantum Hall Primary Resistance System. By 2004, MIL entered the AC Power field, equipment for the measurement of losses. They developed a series of automated calibration devices and standards for Canada's National Research Council. Over the years, MIL has pioneered dozens of products.

"It's still a growing business," says Duane. He is proud of his company's numerous ground-breaking accomplishments. It is a team effort. His son Ryan Brown, a scientist like his father, joined the company in 2002 and is VP of Operations.

Learn more about MIL and their products by visiting their website or calling 613-925-5934. See their recent posts, including a recent Joint Research Collaboration with the National Institute of Standards and Technology (NIST) to develop a Commercial Graphene Based Quantum Hall System.