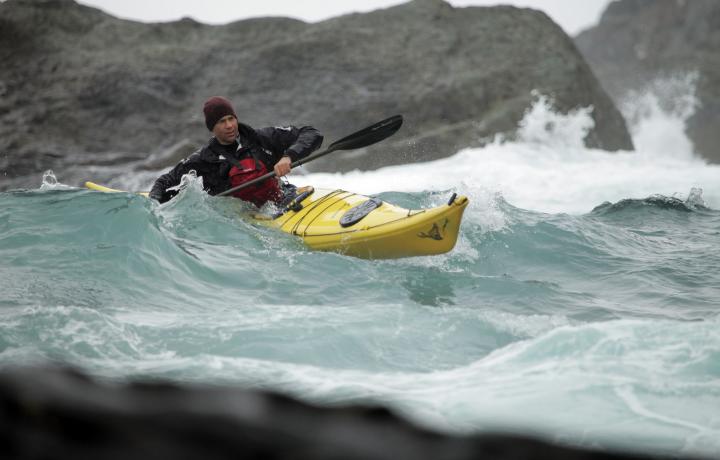 Heliconia has made some significant waves in the outdoor production industry. Heliconia was started in 1997 by former world champion kayaker Ken Whiting. His business partner, Brendan Mark, who has worked with Heliconia for over 12 years, was also a world champion kayaker. After winning the world championships, Whiting was looking for the next step in his career. He decided to venture into the publishing industry and published instructional books on kayaking.

The crash of the market in 2008 had led to a drastic decrease in the distribution of their published materials, leading Heliconia to reinvent themselves in order to keep with the pace of the changing economy. As video became a widely popular medium for spreading and consuming content online, Heliconia was well positioned to take advantage of the trend. Alongside their published material, Heliconia had accumulated a large library of instructional sports videos, which they had produced. These videos were condensed and uploaded to YouTube and Heliconia became one of the first companies in Canada to become a YouTube Partner. Heliconia grew its online network to its portfolio of 11 YouTube Channels with over 140,000 subscribers and 40 million views. Along with the shift to online video, Heliconia has been successful in producing adventure travel TV episodes for major television networks.  Heliconia produces adventure content for such networks as NBC Sports, the World Fishing Network, Fox Sports Florida, Outside Television, Universal HD, and a European broadcaster called the Nautical Channel. Heliconia produces over 40 half-hour TV episodes annually and covers a full range of water sports including canoeing, kayaking, stand up paddle board, and kayak fishing.

Heliconia’s main office is located in the town of Beachburg, a rural community with a population of approximately 800 residents in the Ottawa Valley. The company’s close proximity to the famous white-water of the Ottawa River, Algonquin Park, and the many lakes of the area has served as the perfect location to create adventure travel content. As Brendan Mark notes, “to have a creative job and to still have a place where you can be that’s rural is unique.” The team uses every opportunity to showcase the beautiful outdoors of the region. Since many of their productions are shown worldwide, Heliconia has played a central role in showcasing the Ottawa Valley and highlighting its local attractions including rafting companies, kayak schools, parks and trails.

Heliconia travels worldwide to create adventure travel content. In the process of doing so, they have worked with top tourism boards in countries such as Tahiti, Papua New Guinea, and Jordan. Heliconia also works with over 60 major outdoor brands to educate and help leverage their content distribution. As social media continues to be widespread, the demands of content consumption continue to change. The team at Heliconia want to ensure that they’re staying with the current and ahead of the current. Alongside their stunning cinematography and engaging content, Heliconia’s priority is to ensure that their content is projected in a manner that is suitable to their platform and their audience.