Eastern Ontario is getting put on the map — all 45,000 square kilometres of it.

A team at Carleton University has been working to digitally map and recreate businesses in small towns — from Ottawa to the Toronto border, along the St. Lawrence River and northwest to the border of Quebec near Algonquin Park — hoping to attract investors.

"The overall idea is that an economic development officer could go to Japan and there could be an investor who says, 'We want to make cheese in eastern Ontario. We hear you have good milk there,'" said Stephen Fai, the professor overseeing the project.

Using the web-based application, the officer could then show what options the investor has — including who produces milk solids nearby, what the local market looks like and where the major transportation routes are.

The interactive model would also show investors what properties have the resources and landmass needed for their projects.

"The investor could say, 'I'm interested in that one.' You could zoom in, see the building on the site, look at the services available, look at the cost," Fai said.

All that information could then easily be sent to the investor over the app.

Should even out resources

Fai said his team, based out of the Carleton Immersive Media Studio, was contacted by the Ontario East Economic Development Commission about creating the tool.

The commission is a collective of smaller communities that encourages investment in the region.

After creating an animation that acted as a demonstration — which mapped all the breweries for the region — the commission was able to secure provincial and federal funds.

"I think it will sort of even out the resources that are available for economic development across the entire region," Fai said.

The first phase, currently underway, is collecting data on the agri-food industry. Subsequent phases will look at cultural heritage and manufacturing across the region.

"The town of Perth is a good example," Fai said. "They want to promote how beautiful their town is in an interactive environment, which they'll be able to do."

Fai said his group is trying to secure more funding and hope to have a prototype ready within 18 months.

As far as the professor knows, there's no other application like this.

"That's something [the commission] has been adamant about the whole time," he said.

"It has to look cool. It has to look current. They want to be able to say, 'We have all of this agricultural, cultural, manufacturing capacity and we actually built this app in eastern Ontario.'" 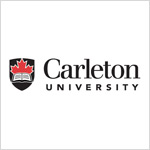